sink 1 |siNGk|verb ( past sank |saNGk| or sunk |səNGk|; past participle sunk |səNGk| )1 [ no obj. ] go down below the surface of something, esp. of a liquid; becomesubmerged: he saw the coffin sink below the surface of the waves.• (of a ship) go to the bottom of the sea or some other body of water because of damage or a collision: the trawler sank with the loss of all six crew members.• disappear and not be seen or heard of again: the film sank virtually without trace .• [ with obj. ] cause (a ship) to go to the bottom of the sea or other body of water: a freak wave sank their boat near the shore.• [ with obj. ] cause to fail: she apparently wishes to sink the company.• [ with obj. ] conceal, keep in the background, or ignore: they agreed to sink their differences.2 [ no obj. ] descend; drop: Sam felt the ground sinking beneath his feet | you can relax on the veranda as the sun sinks.• (of a person) lower oneself or drop gently: she sank back onto her pillow.• [ with adverbial of direction ] gradually penetrate the surface of something: her feet sank into the thick pile of the carpet.• [ with obj. ] (sink something into) cause something sharp to penetrate (a surface): the dog sank its teeth into her arm.3 [ no obj. ] gradually decrease or decline in value, amount, quality, or intensity: their output sank to a third of the prewar figure | the reputation of the mayor sank to a very low level.• lapse or fall into a particular state or condition, typically one that is unwelcome or unpleasant: he sank into a coma after suffering a brain hemorrhage.• approach death: the doctor concluded that Sanders was sinking fast.4 [ with obj. ] insert beneath a surface by digging or hollowing out: rails attached with screws sunk below the surface of the wood.• excavate (a well) or bore (a shaft) more or less vertically downward: they planned to sink a gold mine in Oklahoma.• hit (a ball) into a hole in golf or billiards.• insert into something: Kelly stood watching, her hands sunk deep into her pockets. 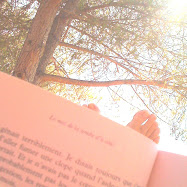